by Ken HoughtonHave Lenny Dykstra and Beowulf Shaeffer ever been seen together?

Collateral question: Has Jim Cramer ever gotten anything correct?

by Tom BozzoLast year, John's chaser broke (irreparably, as it happens) at a joint that allows the long neck that connects its frame to the hitch to fold for easier non-bike transport. A lifetime frame warranty being what it is, it was replaced with minimal grumbling from the company that put its trade dress on the frame — this being the roaring zilches, the actual manufacturer is some unnamed Chinese factory making the bikes under contract.

Well lo, this morning I took a ride after dropping the boy at school and the new one broke in the same damn place! We may ride a lot, but this is getting ridiculous; chains and tires may be consumption items when one puts a couple thousand annual miles on one's bike, but frames?!1! This time, at least, it looks like it might be fixable.

It was all worth it though when John announced, as he was buckling his helmet this morning, that going to school by bike was "better than driving" because it "saves electricity." Well, close enough.

Minicar Owner vs. the IIHS

by Tom BozzoAs the so-far happy owner of a 2009 Honda Fit, I read the results of the Insurance Institute for Highway Safety's minicar crash tests with some dismay — as in, oh joy, there goes my already not-super-cheap car insurance premium. That's despite the headline being purely Dog Bites Man, as in we all know small cars will end up on the short end of head-on crashes with much larger cars. If anything, the whole exercise begs the question of why IIHS didn't just face the Fit, Yaris, and ForTwo off against the Honda Pilot, Toyota Sequoia, and Mercedes GL-class, respectively. Surely minicar drivers are impressively fucked in front-offset collisions with 2-1/2-ton SUVs.

IIHS's prescription is that minicar intenders opt instead for high-MPG midsize cars. That's not totally objectionable (*), though in listing as alternatives the Camry and Ford Fusion hybrids plus the VW Jetta diesel IIHS effectively exhausts the current U.S. market in such vehicles. At least it makes them look more reasonable than if they had followed their logic to its conclusion that if we really wanted to be safe, we should all drive the largest possible vehicles. In fact, it's just as easy to interpret the IIHS results as favoring a shift to more light, small, slow cars with advanced safety features like my dear little Fit.

This is a story of externalities (of course), and in a world that's stupidly been populated with oversized cars and light trucks, the minicar driver sacrifices his or her lower extremeties in a severe crash so that drivers of legacy vehicles can be more lightly injured. Stick us in a high-MPG tanks instead, and there's a good chance that the aggregate damage from crashes will be increased — which on its face is socially undesirable if not obviously so from the insurance industry's perspective. Were small vehicles much more prevalent than they are now in the U.S., then the public could rely on the good performance of the better-engineered small cars on the usual crash tests (including IIHS's main efforts) in judging their safety.

AIG scandal aside, I've long assumed that my insurance company (if not insurance companies in general) does a terrible job of disentangling vehicle and driver effects. When I gave up my 1998 BMW M3 for a 2001 Honda Prelude with 45 fewer horsepower and barely 55% of the sticker price, my insurance premiums increased — not unlikely because Preludes were favored among fast-driving youth whereas the venerable E36 M3 was (a few trust-fund babies aside) actually favored among low-risk guys going early-middle-age-crazy (like me). So I was not dinged when I traded-in the 'Lude on an E46 330Ci, and I found that the subsequent Lexus was treated as if I were the little old lady from Pasadena; the Fit, on the other hand, is taken to be a greater risk despite its comparative dirt-cheapness. It may not help that the insurance company calls the car a 2-door notwithstanding that there's no such thing as a 2-door Fit.

So: insurance companies are stupid and their trade association doesn't know what's good for them. It perhaps goes without saying that some of the other statistics they deploy — high accident and fatality rates in minicars relative to the general automotive population — aren't worth a bucket of spit unless they've carefully controlled for driver effects (cheap cars are driven by the relatively young) and usage patterns (minicars are citycars and used in collision-rich environments). Screw them and I suppose I'll take my medicine in 5 months when the car insurance renewal comes in.

(*) IIHS correctly observes that the minicars' mileage, at least with U.S.-spec drivetrains, is good but not spectacular. The Fit's main virtue is in the efficiency with which it encloses space given its exterior dimensions and its lack of the small SUV's excess poundage and middle finger waved in the face of aerodynamics.

As the mad-as-hell come together to proclaim their outrage, all the well-known earmarks of right-wing populism will no doubt be present. Leadership, in certain instances, will probably be furnished by one of the many well-known, well-funded Washington pressure groups. The ideology will be strictly Manichean: "government" and "freedom" in a zero-sum cage match..

Other than that, the tea partiers' stance on the issues is a little mysterious. But outrage is outrage, the party organizers probably figure; who will know the difference?

It's as if King George organized the Boston Tea Party, innit? 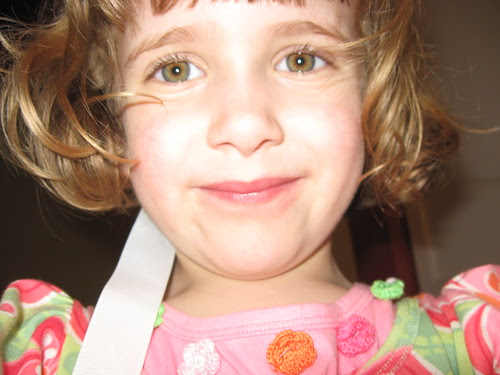 I Was Wondering When This Would Come Down

by Tom BozzoA fund of fund(s) that funneled money — including a portion of the late Madison Cultural Arts District trust fund — into the Madoff scam is in Big Trouble:

Massachusetts regulators have sued the Fairfield Greenwich Group, one of the earliest of these so-called feeder fund managers, for fraud, saying it had repeatedly misled investors about how diligently it checked out Mr. Madoff’s operations over the years.

Henry Blodget had nicely ripped Fairfield Greenwich's marketing claims a while back (Fairfield Greenwich also apparently forgets that the Internets remember all). If the rap can be beaten with a claim that those were mere puffery rather than outright fraud, then the law surely is an ass: performing rigorous analysis of investment managers' strategies is one of the (few) ways a fund-of-funds can justify its fees-on-fees [*]. An interesting question is why this is being handled as a state matter; maybe now that the Ted Stevens debacle is over, some Justice Department resources can be liberated.

One thing this points to is that the "accredited investor" concept — the "safe harbor" that allows hedge funds to escape much regulation by limiting their services to high-income, high-net-worth investors — deserves a place, however minor, on John Quiggin's growing rubbish heap of refuted ideas. Merely being rich (or at least upper-middle class) didn't make the Madoff suckers and suckers-of-suckers sophisticated. [**] There's really little more (if not much less) reason to think the well-to-do can evaluate complicated investment strategies than that they can reliably complete their own taxes. The MCAD trust's case shows that moderately rich institutions with very rich benefactors are not exceptions. Ultimately there's a reliance, possibly at a couple degrees of separation (part of the Madoff fraud that I leave to the sociologists), on actual expertise. As we've seen, when that's faked, bad things happen.

[*] That is, substantively justify, as opposed to charging what convention and apparent market failure allows the market to bear.

[**] In U.S. securities regulation, "sophisticated investors" is a more restrictive category such that few funds apparently use it, presumably to avoid too narrow an appeal for funds.

by Tom BozzoIf the Detroit automakers are, as it appears, to shrink their way into longer-range viability, why not exercise some planning muscles to match unemployed auto engineering and production resources with capacity-constrained domestic auto startups (e.g. Tesla, Fisker, Aptera) that would offer the sort of advanced, efficient, and baggage-free products Obama auto industry policy says it wants to promote? Sure, it's "industrial policy," but let's face it: that cow is out of the barn, through the fence, and off grazing in the next county.

Were this Larry Summers's blog, you'd have to watch out for the date.

by Tom BozzoSometimes things remind us just what our internet time-wasters are for.

For example, over on Facebook, where many of my formerly blogging friends are busy not blogging, Xtin (who promises to restart the estimable but intermittently-maintained Xtinpore soon) proposes:

terafuckit (n): Proposed SI unit for not giving a shit equal to one trillion "fuck it"s.

As of this writing:

(click to embiggen)
The only problem, such as it is, with going straight for the terafuckit is that it deprives us of the ability to reminisce about the good old days when megafuckits and gigafuckits represented astonishing levels of not giving a shit.

Xtin's neologism just about perfectly captures the reasons for the relative silence of this blog over the last few months. So it's late 2000 and you're pulling up your Gore/Lieberman yard sign, thinking, "Hey, at least with this asshole Republican in office, I'll be crying my way to the bank," and the next thing you know, neoliberal financial capitalism is a smoking ruin! That tends to make ordinarily bloggable matters, say, the courtesy of SUV drivers towards urban cyclists, measurable in only in mega- if not gigafuckits unless serious bodily harm is involved; hence rather than expending the effort to express righteous indignation on the Internets, one instead builds LEGO Star Wars spaceships with one's kids.

(The fuckit, I assume, is like the util in mainstream economics and not interpersonally comparable, so don't worry if you don't agree that initiating a nuclear war in Civilization IV to be a terafuckit-scale activity — or maybe a hundred gigafuckits before building SDI.)

In the morning, I may wish that I'd posted this to the already-R-rated Total Drek, but well...

Labels: Bigger Places Than This on the Intertubes, Meta

What Day is it Again?

by Ken HoughtonWill someone please assure me that SFWA's "new mission statement" (via Locus) is an April Fool's Joke?